On March  the Okanagan Basin Water Board issued a press release commenting on the need to rethink the management of lake levels in Okanagan Lake, to mitigate the risk of extreme flooding in the future. You can read it all here.

The impacts of clear-cut logging on spring flows were not mentioned at all. In essence the press release was advocating for a band-aid solution to a potentially devastating catastrophe.

PWPA was compelled to respond:

Here is our Letter to the Editor, which was published in the Peachland Phoenix, and the View, as well as in  Kelowna Daily Courier.

The recent media release from the Okanagan Basin Water Board (OBWB) (https://www.obwb.ca/okanagan-at-risk-of-extreme-flooding-if-province-doesnt-update-lake-level-management/) seems to suggest that the OBWB has lost confidence in the ‘control nature’ worldview and is now advocating a ‘work with nature’ worldview in the floodplain of the Okanagan Valley.

The video accompanying their media release also appears to say the traditional engineering solution of constraining meandering streams into straight channels is no longer working.

This change in direction is also needed for “managing” forests in the watersheds of the Valley, to help control flooding, especially in this time of climate change.

Yet, there is not a word in OBWB’s statement, about the hydrological effects of clear-cut logging in the higher Okanagan snow zone.  More frequent, longer, and more severe flooding, extreme run-off, boil water advisories and ensuing droughts have all been attributed to clear-cuts.

Registered Professional Forester (RPF) and ecologist, Herb Hammond who has studied Peachland’s watershed extensively, says that preserving the forest-cover of Okanagan watersheds is integral to mitigating spring floods. “It’s even more critical, in those kinds of watersheds, to maintain cover to maintain late season flow, otherwise you go from spring floods to fall droughts and that’s becoming an increasing occurrence” says Hammond.

By neglecting to identify the role of clear-cut logging in watersheds, the OBWB is asking the Government of BC to remedy only the symptoms of poor ecological management. They are not demanding ways to tackle the root causes of flooding in the Okanagan Valley. Climate change will make things worse but lowering lake levels is just a band-aid for the larger issue.  If the OBWB is sincere in requesting a review of how the Ministry of Forests Lands Natural Resource Operations and Rural Development manages Okanagan lake levels, they should start by addressing the volume of clear-cut logging operations permitted throughout the basin.

PWPA believes it’s time the OBWB champions source water protection in a meaningful way. There is no such thing as sustainable clear cut logging in a community watershed. This is why Vancouver and Victoria have worked to keep their watersheds protected against all industrial activities.

Jack Gerow, Chair on behalf of the PWPA Board of Directors
The Peachland Watershed Protection Alliance 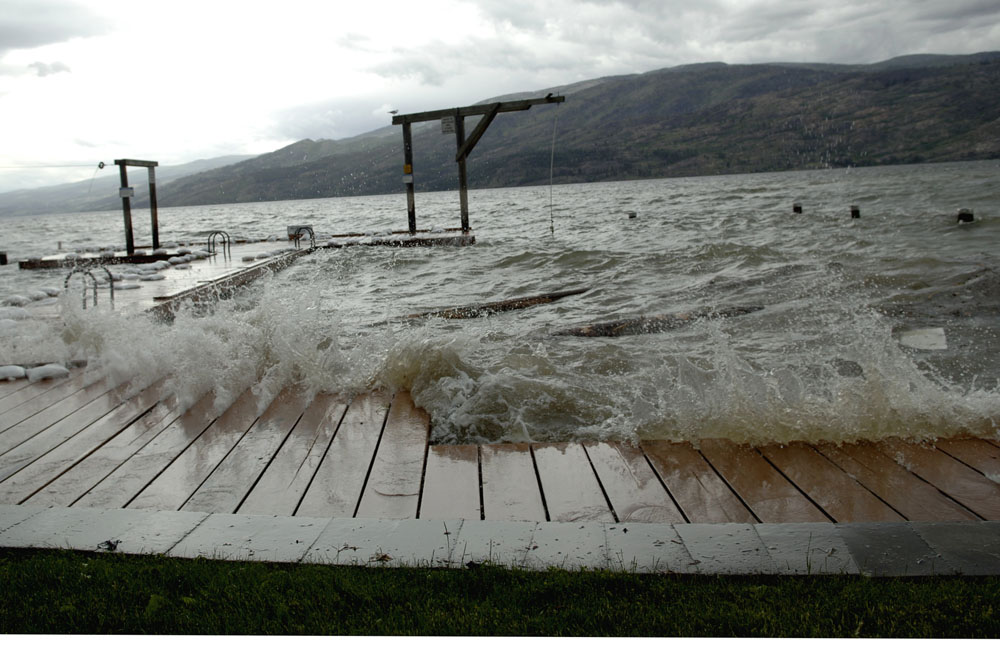