Peachlanders Take a Stand to Halt Clear-cut Logging in Watershed 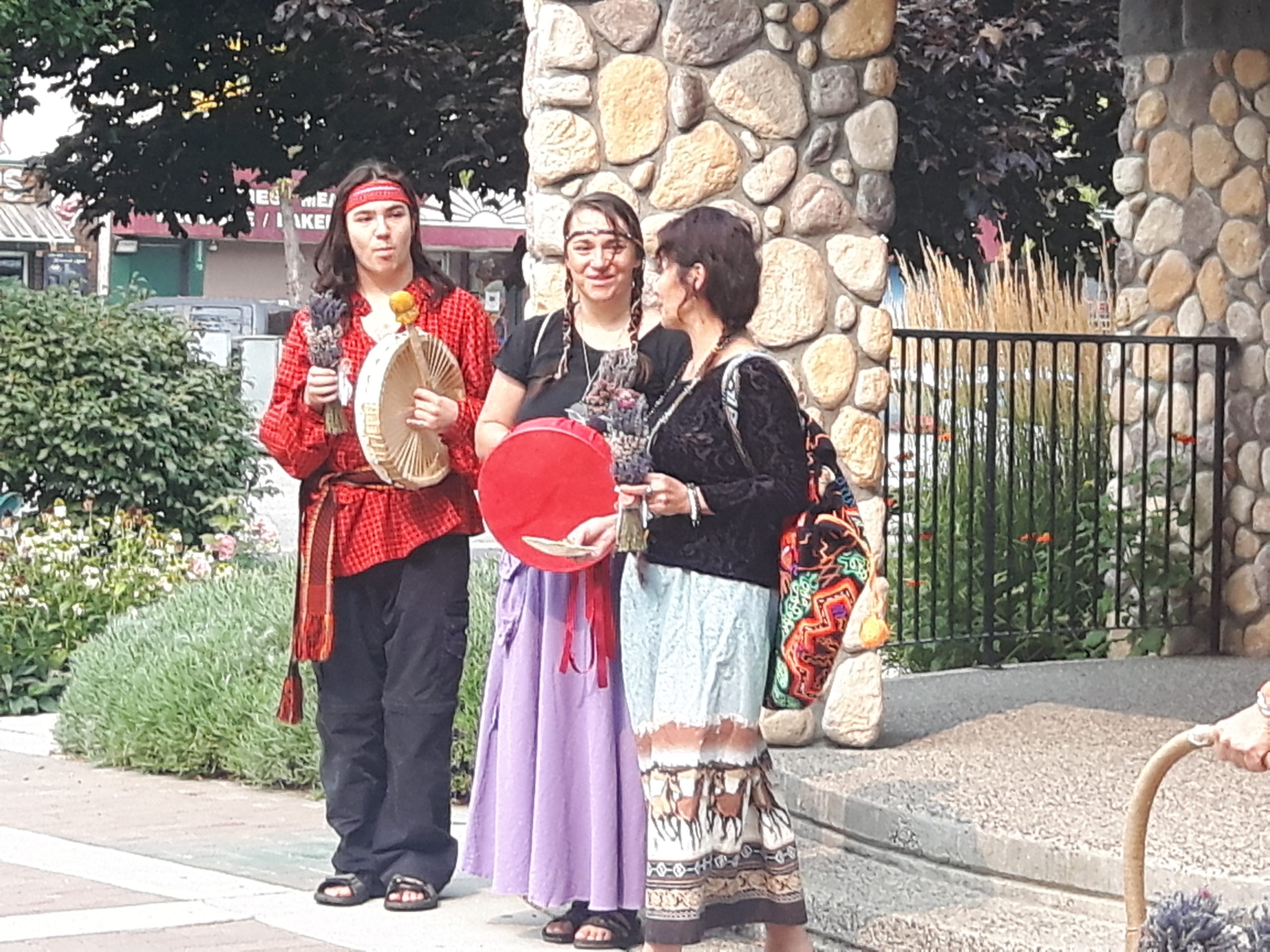 “With Peachland’s fresh water supply under threat by clear-cut logging in the watershed, and spring floods becoming a regular event , we are demonstrating to our provincial government that they are failing Peachland and other similar communities across BC,” says Alex Morrison, PWPA’s Communications Chair.

March 19th is a day of action where people across the province will unite in support of reforming BC’s forestry legislation. The province-wide action is intended to show solidarity across communities who are demanding for equitable and sustainable forest management in BC.

Forest March BC is the movement responsible for coordinating this effort and has organized three prior province-wide actions. “Our goal is to unite communities across BC to push for equitable, nature-based, and community-first approaches to forestry management with a primary goal of driving long-term sustainable value for both communities and the land,” says Forest March BC spokesperson Hania Peper.

“There is an illusion of abundance in BC when it comes to both our forests and the jobs created by the forestry industry. But in actuality, our wilderness – along with the jobs that have historically depended on its logging – have been corroding under the pressures of an inequitable and unsustainable industry”, says Peper. “That’s why it’s essential that the provincial government introduce legislation that meaningfully involves communities in decision-making processes while prioritizing proven eco-forestry practices. This is a win-win for BC: providing more jobs, and a more resilient and sustainable forestry industry,” Peper concludes.

Forest March BC 2021 aims to ignite the political will necessary for transitioning into a sustainable new forest framework. To help with this, the province-wide action is also highlighting the links between deforestation and climate change and will ask the government to declare a forest emergency. The March 19th event corresponds with the Fridays For Future movement, acknowledging the role that forestry plays in climate change while showing solidarity with youth around the world who have been fighting for a better future.

Finally, the movement will direct lobbying efforts against the widespread destruction of old-growth forests for private profit, demanding an immediate moratorium on the logging of old-growth and primary forests.

“A 500 year-old tree sequesters far more carbon in a year than an acre of seedlings. If the government is serious about using trees as a carbon sink, they should fund an immediate halt to the destruction of old-growth forests,” said MP Paul Manly of Nanaimo—Ladysmith in a social media post.

Mobilisation efforts will take place in Vancouver, Peachland, Victoria, Powell River, Nanaimo, Whistler, Comox Valley, Gabriola Island, Fairy Creek, and Golden. This year, Forest March BC is focusing on virtual actions in lieu of in-person marches, which will include hashtag challenges, photo submissions, and “virtual blitzes” to political leaders and decision-makers. Some communities will proceed with community-based actions and have planned them under B.C.’s health orders.

These actions will take on a number of different forms, including various community-based art installations, and other socially-distanced recreational activities.

The current state of old-growth logging persists at an alarming rate, and the decimation of these ecologically and culturally critical ecosystems is viewed by many rallying British Columbians as inequitable, short-sighted, and transgressional to the provincial and federal promises made on behalf of reconciliation in Canada. To add to these mounting concerns, Forest March BC wants to spread awareness about the link between poor forestry and the intensification of highly-destructive floods in the interior, forest fires, air pollution, and biodiversity loss. From an economic stand-point, the forestry industry has also resulted in the continued subsidization of timber company profits by BC residents at a rate of $365 million per year despite the declining number of sawmills, which fell by 60% between 1990 and 2018. As a consequence, jobs in this sector declined by 52%.

With these intersecting problems comes the immediate need to address the role played by BC’s short-sighted and privatized approach to forest management. Time is running out for BC’s ancient wilderness, and Forest March BC hopes to ignite the political will necessary for transitioning to a sustainable new forest framework that brings equity for both BC’s forests and its communities.

For more information about Forest March BC, or to find information on various communities and their involvement, visit https://www.forestmarchbc.com/ 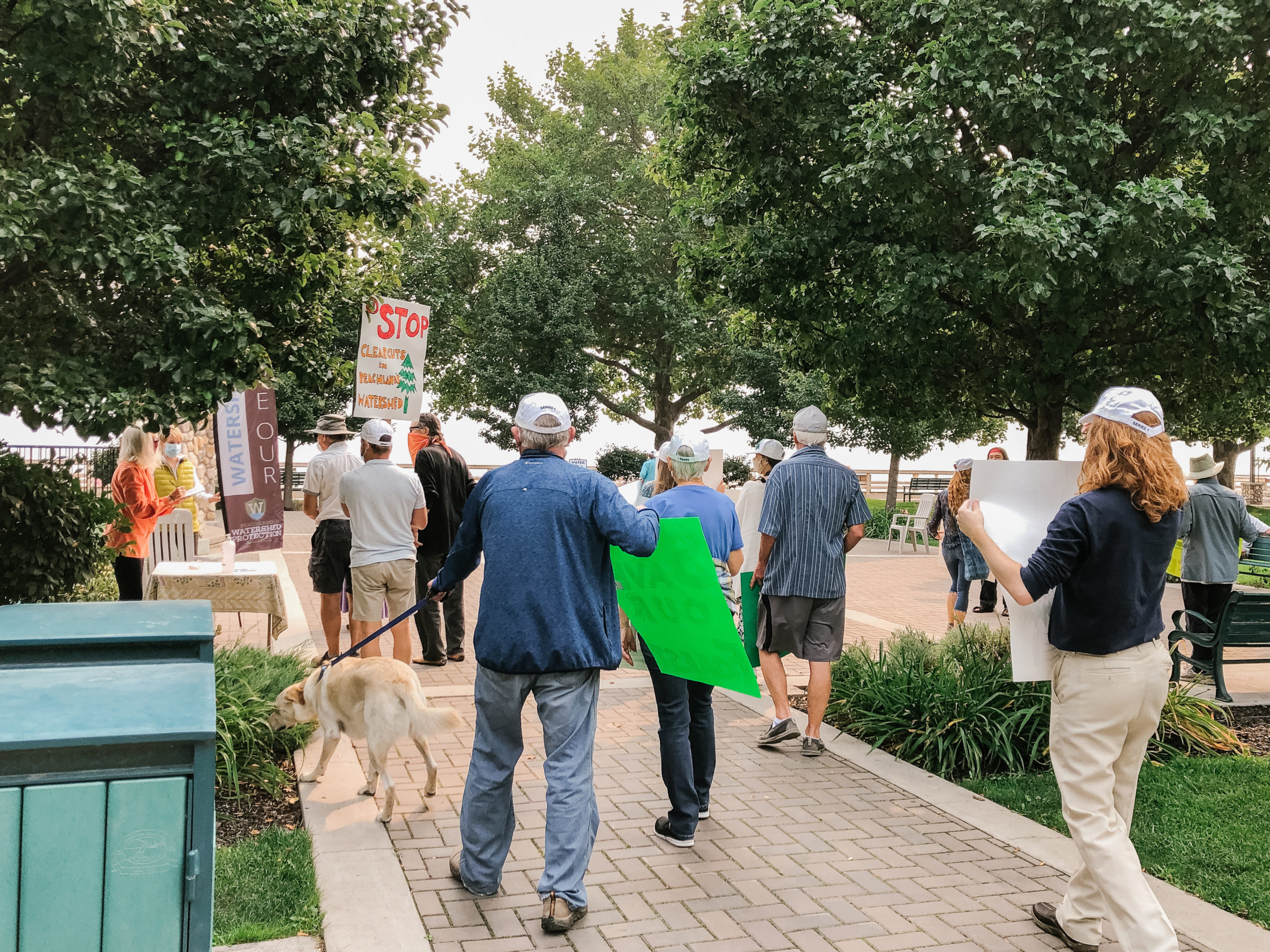