BC Election Update and Promises

With the provincial election done, we can reflect on the promises made by the parties and begin a unified campaign to keep the re-elected NDP accountable to keep their promises about the Watershed Security initiative, they promoted during the campaign, along with other environmental initiatives, such as implementing the recommendations from the Old Growth Review.

To hear more about their plans for watersheds and the extractive industries, a few PWPA members attended at meet & greet with Toni Boot on outside at Bliss Bakery in downtown Peachland. It was beautiful day to be outdoors with Okanagan Lake as the backdrop, looking peaceful. We know that come spring it may take on a different demeanor and Toni was asked about what the NDP would be doing to not just mitigate flooding but PREVENT it, along with other questions about the NDP’s environmental platform with respect to forestry reform and watershed protection. 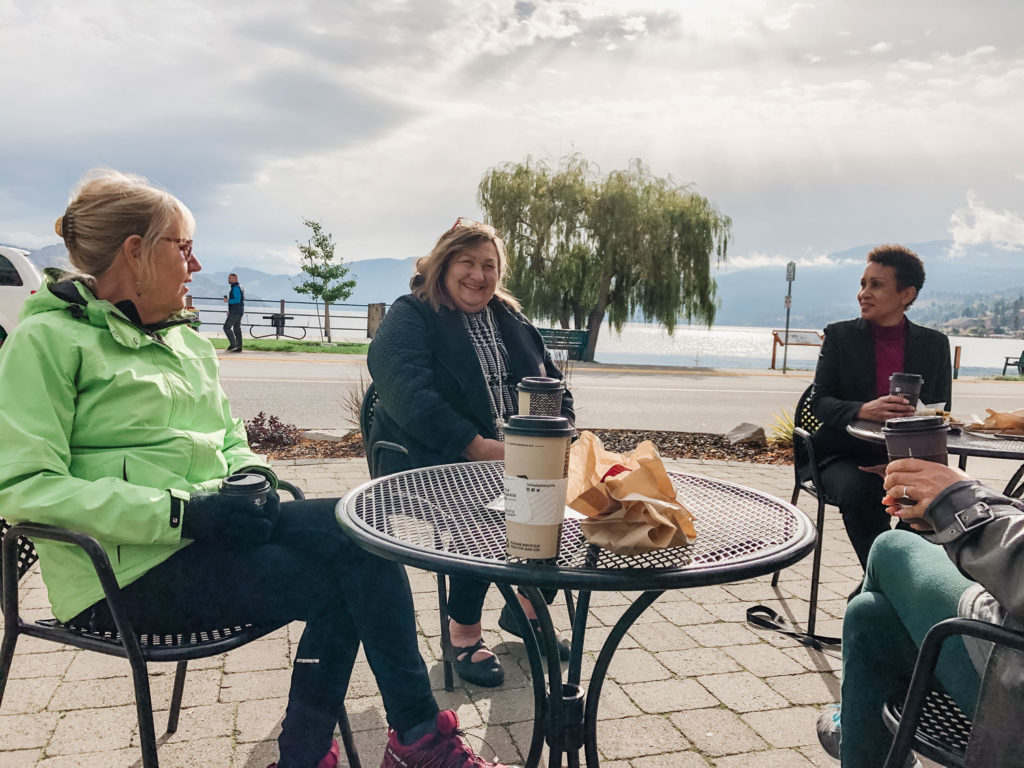 You can see the platforms of all parties as they relate to industrial logging and the economy at ForestVote2020.com

Peachland’s watershed was also a topic of discussion at the local CBC debate for the Penticton Riding candidates. Featuring Dan Ashton, Liberal; Ted Shoemaker, BC Greens; and Toni Boot, BC NDP. Hear what they had to say about how they would help protect all the benefits the watershed provides for Peachland.