In the Library: Emergence Magazine

Emergence Magazine always has fabulous photos.  The April 3, 2022 edition has an article, “Saguaro, Free of the Earth,” which includes diverting images taken by photographer Bear Guerra.  The introduction to the article reads:

As individual species and entire ecosystems come increasingly under threat from the effects of climate change, development, and resource extraction, the rights-of-nature movement is slowly gaining momentum in the United States. In March, the Sauk-Suiattle Indian Tribe of Washington sued the City of Seattle on behalf of TsuladxW—the salmon whose population is under duress due to damming of the Skagit River. Such efforts aim to establish legal rights for nonhuman entities—rights which largely do not exist within the framework of US law, but which Indigenous cultures around the world have recognized as inherent since time immemorial.

In the Sonoran Desert, the O’odham peoples have long revered the saguaro cactus as a being with personhood—a belief that is congruous with the rights-of-nature movement. As existing legal protections for the cactus come up against the push to build a segment of the US-Mexico border wall through Organ Pipe Cactus National Park, Boyce Upholt travels there to meet with elders from the Tohono O’odham Nation who are acting on behalf of the rooted beings of the desert.

Reading that and a look at the photos was enough to lure me into the article.  The rights of nature movement is growing.  The idea that salmon have rights is not crazy.  For ages, nonhuman entities have enjoyed legal rights.  Companies, corporations, can sue and be sued.  Now there is a movement to give legal rights to living non-human entities, like saguaros.  Their rights of movement across the border between the USA and Mexico.  The Trump Wall is acting as a barrier. Other cases of non-humans challenging the courts are described.  In April 2021, five waterways in Florida became the first natural entities to sue in US courts to enforce their legal rights.  This article was fascinating to read, and of course brings one to wonder about all the challenges that ecosystems and watersheds could make for self determination and the right to exist. 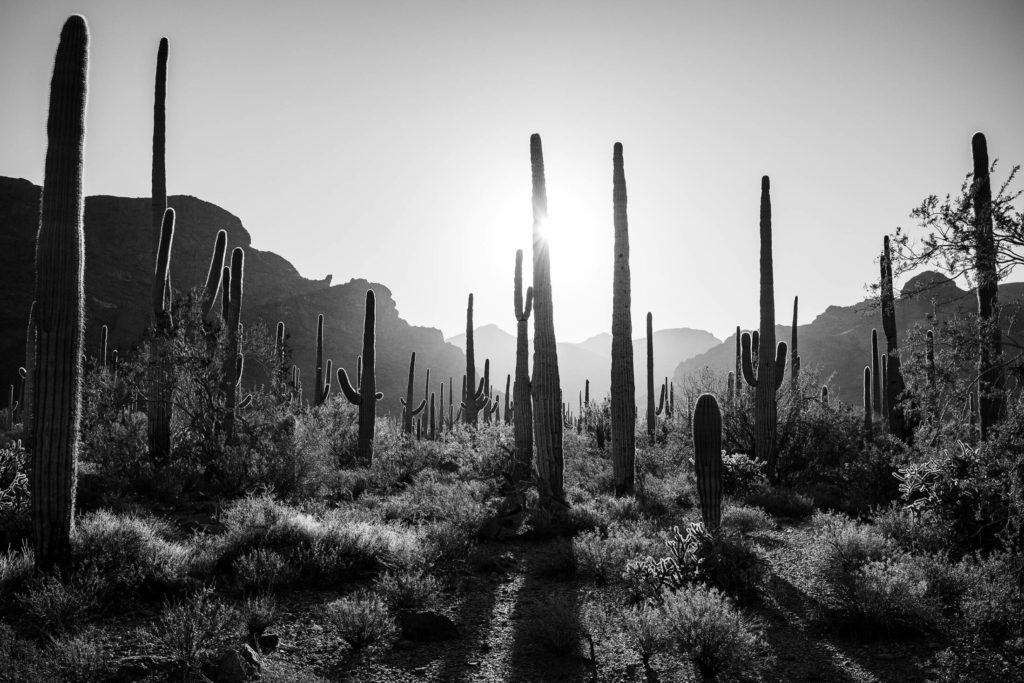