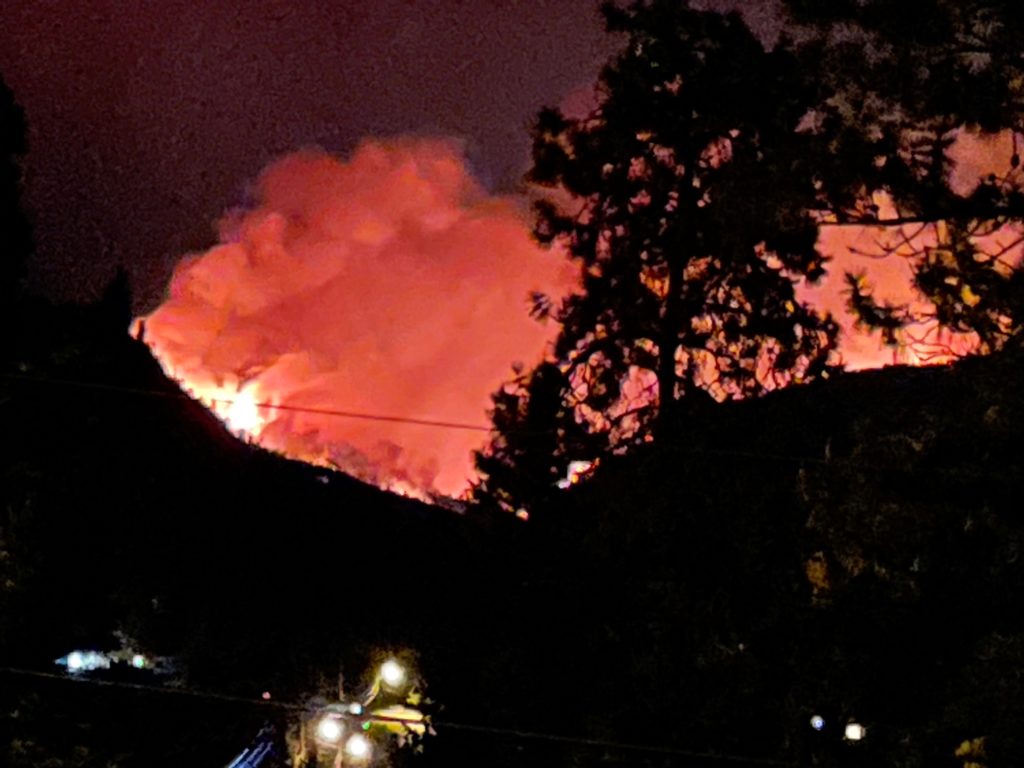 This summer, the wildfires hit too close to home for us in Peachland. We more than appreciated the efforts of all involved in keeping the fires at bay, even the loggers with all their heavy equipment creating fire breaks.

It was a great moment for the logging industry to proclaim it will clear-cut even more, with the goal of preventing more fires like these.  But it’s a false equivalency to say if cutting trees for firebreaks is good, clear-cutting a forest will be even better.

Newly published independent research is confirming what many forest watchers have been saying for years – clearing forests worsens wildfire damage.

Chad Hanson, Ph.D., an ecologist who co-founded the John Muir Project, is a prominent member of a growing community of scientists who challenge the notion that practices such as thinning and clear-cutting back-country woodlands will reduce the severity of wildfires. In a new book, Smokescreen: Debunking Wildfire Myths to Save Our Forests and Our Climate, he describes how recent research regarding fire behavior and ecology could provide the foundation for a new approach to forest management.

Hanson’s (and other researchers’) findings are the opposite of the propaganda the logging industry feeds the media and government. Intense government lobbying on this point, by the logging industry has resulted in catastrophic results as we have seen this summer. Compounded by climate change, erroneous government policies respecting industrial logging practices are making wildfires more frequent, more erratic and more destructive

We have had one major wildfire in our watershed this summer which threatened the single powerline to the westside. With the massive clear-cuts throughout our watershed, the research says it is only a matter of time before we have a White Rock Lake magnitude fire in our community.

Please read the INDEPENDENT research about this important science. The logging industrial complex is laser-focused on profits by removing the most trees in the shortest amount of time for the most money. This approach leaves no room for job creation, environmental considerations, or community benefits – like reducing wildfires.

Forest Management and the Bootleg Fire (2021)

Dr. Chad Hanson on The Myths & Misinformation of Wildland Fires/97-  audio on Youtube