On June 4th, a concerned Peachland resident, Louise Williams, contacted PWPA for advice and assistance with an issue involving the removal of approximately 70 trees in a park (behind 6th Avenue.  The trees were being cut down to make way for the new Trepanier Water Main Pipeline Connection from the new water treatment plant.)

The residents of 6th Avenue were not consulted or informed in advance by the District that these trees were to be removed.

After contacting the District of Peachland Council and staff about the trees to be cut along the park and receiving unsatisfactory answers, Louise Williams sought the support of the PWPA.   The chair of the Watershed Watch committee, John Youngblut, met with Louise and her neighbours and visited the site. He prepared a report and helped Louise persuade council with a  presentation at Tuesday June 23 regular meeting of the District of Peachland Council.  Unfortunately, our recommendations to seek an alternative route for the pipleline were ultimately rejected. Council indicated the cost to the District in changing plans so late in the process would be in the range of $45,000 to $105,000; and the change would also delay the completion of the project beyond the end of 2020. Council explained this would also mean the loss of millions of dollars in government grants as the work is required to be completed within a specified timeframe. 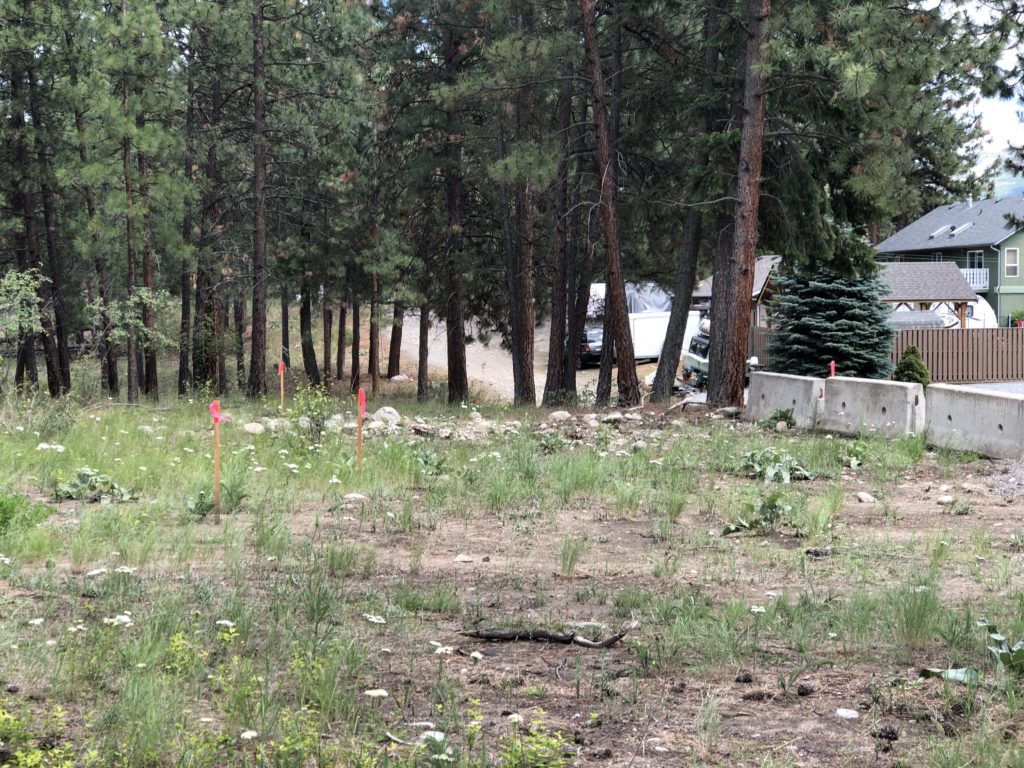 The decision of Council to proceed as planned was a disappointment for the 6th Avenue residents, as well a PWPA.  Humans and trees have a natural bond, we all know and appreciate the intrinsic value of trees, and all the benefits they provide our neighbourhoods and our wildlife. It is heartbreaking to see them come down, especially when is an alternative.

However Louise and PWPA did score several incremental wins for Peachland residents:

The District did agree to several of our requests:

(a) They have posted the previously unreleased Environmental Impact Assessment for this project on the District website and it is now a public document.  Read it here – PDF format

(b) The Operations department committed to saving as many trees as possible during construction.

(c) Some members of Council and the Administration did admit that the District should have been more proactive in communicating the scope of the project with the 6th Ave residents and indicated they would like to see the District work towards being more transparent with constituents in the future.

Thank you to Louise for stepping up for her neighbourhood, and to John Youngblut for accepting the challenge on behalf of PWPA.