Taryn is not just a PWPA a member, she is one of the co-founders and a PWPA director. She is the driving force of the organization.  With a wealth of knowledge about both the social history of our watershed, and its biophysical story, she understands the complexities of ongoing impacts in a multi-use community watershed such as ours.

But the workings of the watershed are a small part of the knowledge-base needed to affect change. To make things happen requires people. Taryn’s network extends across the province, with her strong connections from Victoria to the Kootenays, including Indigenous groups, other watershed alliances, and big ENGOs.

Taryn is originally from Vancouver but made Peachland her home almost 30 years ago, where she owns an organic farm with her husband Rob.  After living in Whistler and Banff, they moved from the coast to the sunny Okanagan. Both are avid back-country hikers, bikers and horse riders so they were shocked to experience unprotected, industrial chaos in their community watershed.  As the years passed and wildlife, recreation opportunities and water quality/quantity dwindled and timing of flow shifted, Taryn felt motivated to join with other community activists and challenge  the legislation that condones industrial multi use, a town’s drinking water source. Her mantra is “Our watersheds should not be ‘open for business’!”

Taryn has also been active in many other aspects of community building in addition to PWPA. You can’t see Taryn around town without seeing her two faithful sidekicks, Enzo and Max (pictured here), who have never missed a PWPA meeting or event. 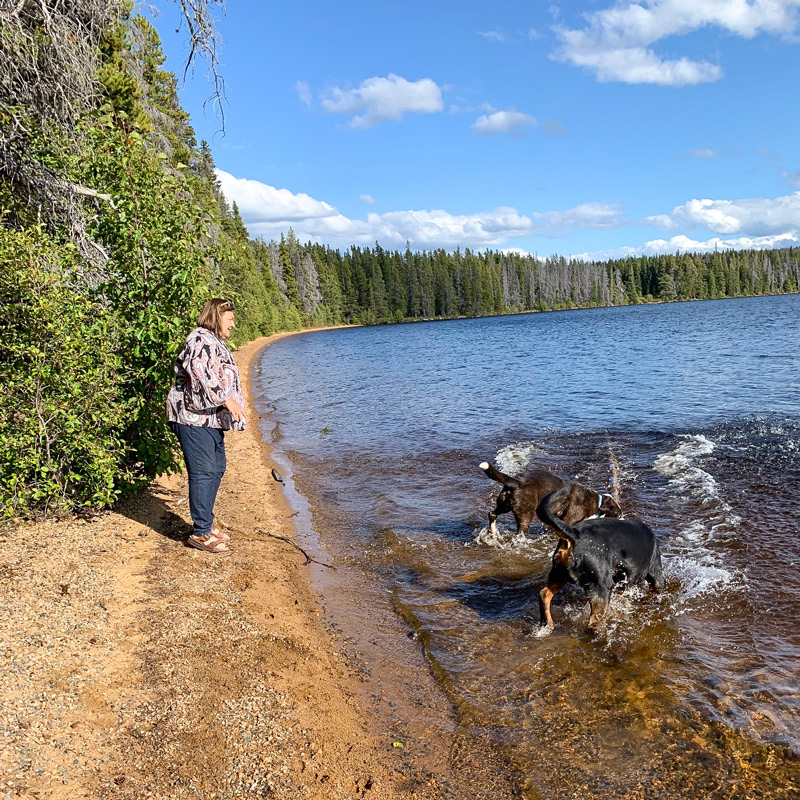