Alex  is new to Peachland, arriving in October last year, from Winnipeg. After spending many summers in the Okanagan visiting family, she decided that Peachland was her favourite town in the Valley and made the decision to relocate here. While she may be new to the community, she is not new to environmental activism. 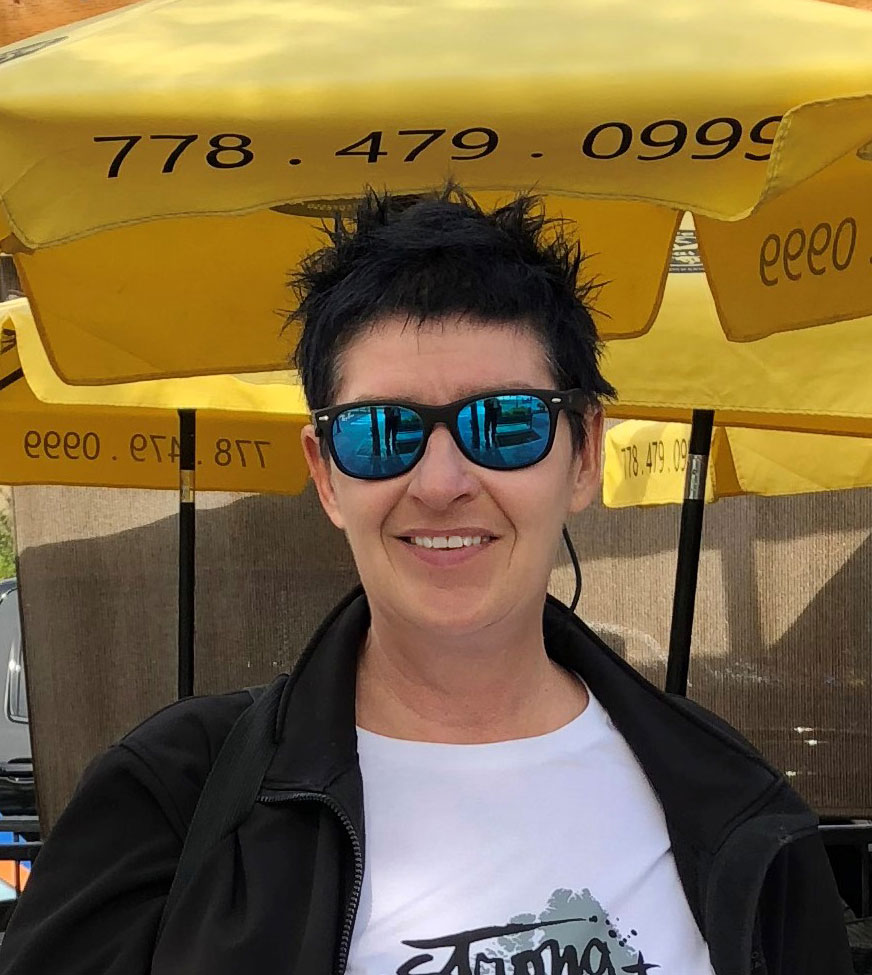 Her academic training includes a Master’s degree in biodiversity conservation and land use, and she’s been a volunteer on many environmental non-profit boards since the early 80s, including the Mayor’s Waste Reduction Advisory Committee in Winnipeg, and 5 years as the President of the Recycling Council of Manitoba. She also spent most of her career in the environmental field. REDA

As an avid outdoors person, when Alex saw an ad for a wilderness hike and tree-planting event organized by PWPA in October last year, she convinced her husband and her new neighbor to attend.  She met PWPA founders Corey and Taryn, and after a conversation with Taryn, (and making friends with Max and Enzo), she saw that this was an organization that got things done.

“I became a member that day and after attending the AGM in November I felt confident that my past experience would be a good fit with PWPA. So I put my hand up and volunteered” said Alex.  Alex is the Chair of the PWPA Communications Committee and was the organizer for the 2020 BC Forest March held on September 18th.

In addition to her environmental interests, Alex is an internationally recognized photographic artist, and has a very old Rottweiler named Troy.